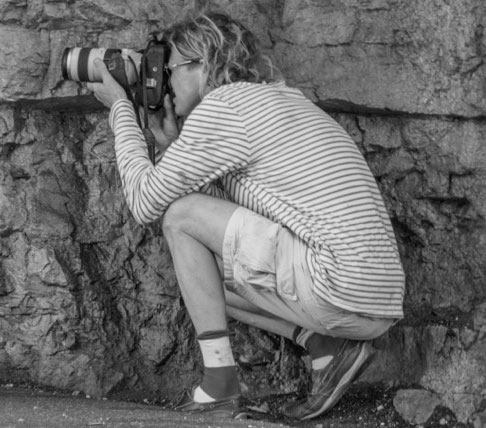 KDH was born and spent his early adolescence in a small Danish town in the province of Jutland. Even at school and subsequently, his main aspiration was to become a designer, in particular to work in the fashion industry creating and designing clothes.
As there were no colleges specializing in the subject in the province , the school proposed to KDH a collaborative experience – initially an apprenticeship in a goldsmith’s workshop in the area. He then developed a passion for the work and decided to follow this career definitively.
During his training as a goldsmith, which lasted from 1981 to 1985, he enjoyed painting in his free time using various techniques, subjects and figurative themes, amongst which were naturalism and twentieth century avant-garde. This love for painting resulted in various exhibitions, one in a palace in the region in the city of Abenra, another in a bank of Dansk Bank Kolding and yet another in a gallery “Moderne Kunst Kolding”.
From 1985 with his goldsmith’s diploma, KDH was employed by Hans Hansen as a refiner, a position that he occupied until the end of 1989, when he accepted a position as a goldsmith in a jewellers in the small community of Limone sul Garda, Italy.
In 1997, after 6 years of work experience, he decided to open Kim Gioielli, Gold Designer. He wanted to express his own ideas by creating unique pieces of work which he carries out with enormous passion even to this day in his workshop in Limone sul Garda . Every creation, once finished, is always meticulously photographed by him.
From this documentation work a passion for photography gradually developed and KDH officially started the practice of serious photography. His main intention is to capture moments. The themes are casual, not contrived but totally instinctive. There is no component of overthinking, only visuals. The photo expresses only what it is. There are no other cross references – it is an immediate experience.